As part of the MST's membership in the Myco-Consortium series of Zoom talks, MST members are invited to join the presentation on Friday, April 22nd at 7pm ET:

Uncontrolled water intrusions in our homes and work spaces can result in unplanned indoor fungal growth. While most of us have encountered mold or mildew in our bathrooms, kitchens, attics and basements, there are a whole suite of fungi (and slime molds) that grow in our indoor environments. In this presentation, Michael Warnock will lead us through a wide range of fungal organisms that may impact our built environment, with sometimes tragic or lethal outcomes. 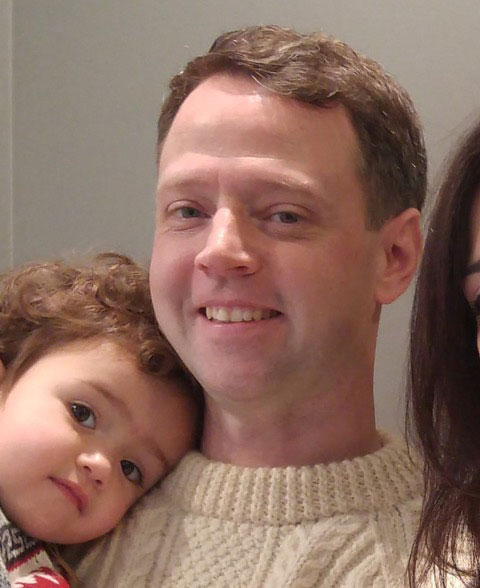 Michael Warnock studied mycology with Professor David Malloch at the University of Toronto. After graduating in 2000, Michael worked briefly in the University of Toronto mycology laboratory before joining a pioneering private mycology laboratory, Sporometrics Inc., where he worked until 2007. Seeking to better intersect his desire to study fungi that grow in buildings with his drive to be in the field, he started a new company ID Onsite Inc. in 2003. Since then, he has worked in a wide range of water-damaged buildings. Ever fond of time in the woods, Michael has been an active member of the Mycological Society of Toronto, serving in various capacities including two terms as President. He was a contributing author for The Mushrooms of Toronto which was published in 2015, and has given public talks on a wide range of mycology interests (slime molds, indoor fungi, ascomycetes, and mushrooms in video games). He currently resides in Woodbridge, Ontario with his wife and three children.

As part of the MST's membership in the Myco-Consortium series of Zoom talks, MST members are invited to join the presentation on Friday, April 15th at 7pm ET:

There is a surging interest in wild mushrooms and foraging for edibles. The Northeast’s abundant mushrooms offer a supply of locally sourced, tasty food. Many people are taking to the woods in search of edible mushrooms to eat and share with their families. Unfortunately, The Northern New England Poison Center has seen a corresponding increase in calls involving poisonous mushrooms concerning people experiencing a range of unpleasant and sometimes serious symptoms. Anyone collecting mushrooms for food must learn the toxic species with the same enthusiasm as the edible ones. This presentation will explore the Northeast’s poisonous mushrooms and the common edible ones that may resemble them, concentrating on recent upturns in poisoning cases.

Greg Marley has been collecting, studying, eating, growing and teaching mushrooms for almost 50 years. He spreads his love of mushrooms to hundreds through walks, talks and classes across the New England. Marley is the author of Mushrooms for Health; Medicinal Secrets of Northeastern Fungi, (Downeast Books, 2009) and the award-winning Chanterelle Dreams, Amanita Nightmares; The Love, Lore and Mystique of Mushrooms, (Chelsea Green, 2010). As a volunteer mushroom identification consultant to Poison Centers across New England he provides expertise in mushroom poisoning cases. When not mushrooming, Marley works as a mental health clinician and consultant specializing in suicide prevention.

As part of the MST's membership in the Myco-Consortium series of Zoom talks, MST members are invited to join the presentation on Friday, April 8th at 7pm ET:

In 2015, Cordyceps cultivation was unknown to the public, and the small groups of mycologists who were aware of Cordyceps in English-speaking countries did not know how to cultivate Cordyceps efficiently. Shortly after, William cultured the first Cordyceps to be publicly cultivated in the United States by MycoSymbiotics and Terrestrial Fungi. In Winter of 2016-17, William taught the first Cordyceps class in the USA and published the first English literature on Cordyceps cultivation. Since then, public accessibility and availability of Cordyceps in English-speaking countries has grown. This one-hour informational class will take a deep dive into what Cordyceps culture looks like in our country now, from growing to consuming.

As part of the MST's membership in the Myco-Consortium series of Zoom talks, MST members are invited to join the presentation on Friday, April 1st at 7pm ET:

Despite distillation having been practiced for over 3,000 years, only in the past few centuries have social wealth and agricultural bounty coincided to allow the stockpiling of spirits, with enhanced flavor and aroma characteristics accompanied by increased value as the emergent side benefits. The main downside to spirit aging has been the loss of alcohol over time to evapouration – the so-called 'Angels' Share' – long known to perfume the neighbourhoods around barrel houses. The Angels' Share, however, is not just for the angels.

Twenty years ago I answered a call from a large distillery to investigate a curious phenomenon of blackening on the outsides of homes, traffic signs, and patio furniture in areas near whiskey barrel houses. Incredulous at first, the unexpected journey that followed revealed a beautiful and physiologically intricate group of fungi that have long been hiding in plain sight, garnered popular press coverage at a level usually reserved for rock stars, and spawned a series of massive lawsuits against powerful multinational corporations. This is the story of the whiskey fungus.

Dr. James Scott is a faculty member in the Dalla Lana School of Public Health at the University of Toronto where is the Head of the Division of Occupational & Environmental Health, and the Director of the UAMH Centre for Global Microfungal Biodiversity. Dr. Scott's research focuses on the interactions between people and microorganisms (fungi, bacteria and viruses). His mycological work studies the taxonomy, ecology and aerobiology of human-associated fungi responsible for infectious and allergic disease. His work on bacteria focuses on the influence of environmental exposures on the acquisition and maturation of the infant gut microbiome, and the airborne movement of pathogenic bacteria in healthcare buildings and outdoor air. Dr. Scott's teaching deals with biological hazards in the workplace and community, public health sanitation, and medical and veterinary mycology. Most recently Dr. Scott joined the executive team of PsiloTech Health Solutions, a Canadian biotech start-up led by neuropsychiatrist and psychopharmacologist Dr. Peter Silverstone to commercialize the clinical use of psychedelic mushrooms in the treatment of PTSD and other psychiatric illnesses resistant to conventional therapy.