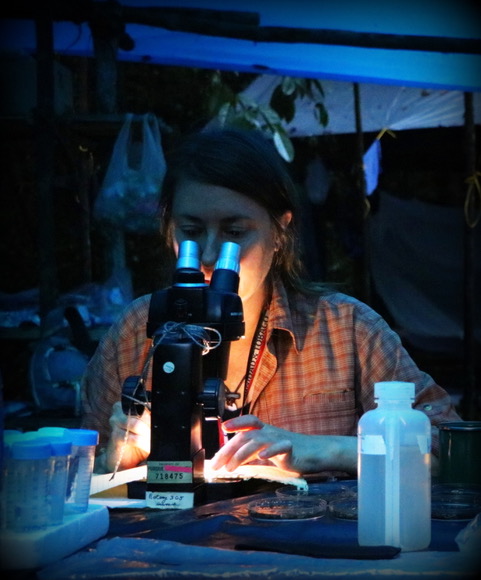 As part of the MST's membership in the Myco-Consortium series of Zoom talks, MST members are invited to join the presentation on Tuesday, May 3rd at 7pm ET:

A talk by Kurt Miller
Tuesday May 3rd, 7pm ET

Puerto Rico is an island in the Caribbean with a unique culture, history, and biological diversity. Citizen scientist Kurt Miller has lived here for several years in which he has documented hundreds of species of tropical macrofungi. He will be discussing the taxonomy and species diversity of these beautiful mushrooms together with high quality photos from different habitats all over the island.

Kurt Miller is a community scientist from Kirkland, Washington. He lives in Puerto Rico where he has interned with Forest Service mycologist Dr. Jean Lodge and served as a field biologist during the 11th annual International Mycology Congress in San Juan, Puerto Rico. His main interests are tropical fungal ecology and taxonomy, environmental education, and documenting rare mushroom species, especially those which form mycorrhizae with sea grape (Coccoloba spp), a native tree. He administers the local group ‘Fungi of Puerto Rico’ and leads several fungal identification walks annually on the island. He is a FunDiS Biodiversity Database Identifier specializing in fungi of the Caribbean Islands.

As part of the MST's membership in the Myco-Consortium series of Zoom talks, MST members are invited to join the presentation on Friday, April 29th at 7pm ET:

The Biology Behind the Zombie-Ant Fungi

The ability to infect insects arose multiple times along the evolution of Fungi. However, none has shown such broad and sophisticated strategies to infect, persist and transmit spores than the so-called “Zombie-Ant Fungi”. These fungi evolved the ability to make their hosts leave the colony, climb up to a summit position on plant parts and bite onto the substrate. The infected ant remains attached by locking its mandibles into the plant tissue, which is often further reinforced by fungal structures. A few days after the host’s death, the fungus erupts from their bodies to grow structures that will shower spores on the forest floor, eventually infecting new workers that forage on the ground. They have also developed a broad range of morphologies, adapted likely in response to the host ecology and morphology. In this talk, João will present how these behavior manipulators arose and which strategies they have developed in order to thrive and spread through several species, becoming a diverse fungal group.

João Araújo is a mycologist specializing in systematics and evolutionary ecology of insect-associated fungi, particularly entomopathogenic fungi and their mycoparasites in the Neotropics and Amazonia. João’s research interest is related to insect-associated fungi. He is interested in taxonomy, systematics and evolutionary ecology. Currently, he is working on the diversity and evolution of Japanese, Amazonian and African entomopathogenic fungi. His typical approach is to combine fundamental taxonomic science with natural history, field work, evolutionary biology, microscopy and photography. João is also interested in Scientific Illustration and Science communication through the arts. He is Assistant Curator of Mycology, Institute of Systematic Botany at the New York Botanical Garden.