Lawrence Millman's presentation Fungipedia and other Tales is now available to MST members to watch on the meetings video page. 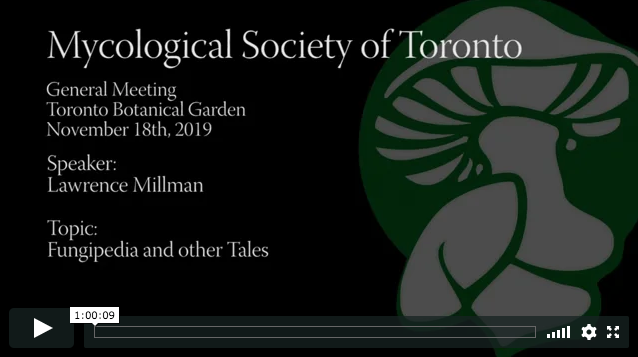 A presentation on adventures in ethnomycology, ecology, music and fungi history. Lawrence Millman discusses how mushrooms are much more closely related to humans than to plants, how they engage in sex, how insects farm them, and how certain species happily dine on leftover radiation, cockroach antennae, and dung. He explores the lives of individuals like African American scientist George Washington Carver, Beatrix Potter, and Gordon Wasson, Millman considers why fungi are among the most significant organisms on our planet and how they are currently being affected by destructive human behavior, including climate change.

Author-mycologist Lawrence Millman has written 17 books, including such titles as Fascinating Fungi of New England, Last Places, A Kayak Full of Ghosts, Lost in the Arctic, Giant Polypores & Stoned Reindeer, and — most recently — At the End of the World. He has done fungal inventories in places as diverse as Iceland, Honduras, Nunavik, Bermuda, Belize, Western Samoa, and Nantucket Island. In 2006, he found a polypore (Echinodontium ballouii) previously thought to be extinct. He lives in Cambridge, Massachusetts, USA.