As part of the MST's membership in the Myco-Consortium series of Zoom talks, MST members are invited to join the presentation on Sunday, June 19th at 11am ET:

A Life Among Polypores

A talk by Leif Ryvarden
Sunday June 19th, 11am ET

In the course of collecting polypores for the last 40 years Leif has visited over 70 different countries, which has resulted in 50,000+ collections in the Oslo Fungarium. Leif’s passion for polypores started with an accidental collection of a bracket fungi which then developed to a lifestyle. Twelve African PhD students have stayed in Oslo under Leif’s supervision, which in turn resulted in numerous expeditions and field work in all types of tropical forests besides collecting in for remote places where no collections have been done, such as Tierra del Fuego and St. Helena, just to mention a few. To make it easier for those coming after him, Leif has written several field guides for tropical poroid fungi besides some 300 scientific publications. The last to come will be Poroid fungi of North America with some 200 color pictures. 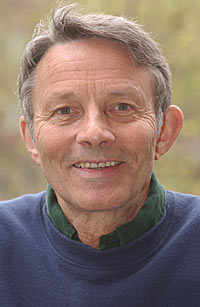 Leif Ryvarden was born 9 August 1935 in Bergen, Norway, then studied to become a civil engineer in organic chemistry, followed by a masters in Botany and then a PhD in mycology. After studying for one year at Kew Gardens, London, Leif became a professor in mycology at the university of Oslo, a position he has held for the last 30 years. He’s the co-author with Robert Gilbertson of North American Polypores and European Polypores, key reference works for anyone interested in polypores.