From the MST Collections: The Mushroom Models: Tricholoma albo-brunneum

Cap: brown, fleshy, flat, convex as it ages, up to 0,07 (sic) wide. At a young stage it is sticky, but later dry with fine stripes going from the middle outward. Gills: close together, white, later brown. Stem: thick, up to 0,07 (sic) high, scaly near the top, whiteish, turning brownish near the ground. Often hollow in maturity. Autumn, found frequently in woods. In Austria it is being eaten despite the bitter taste. 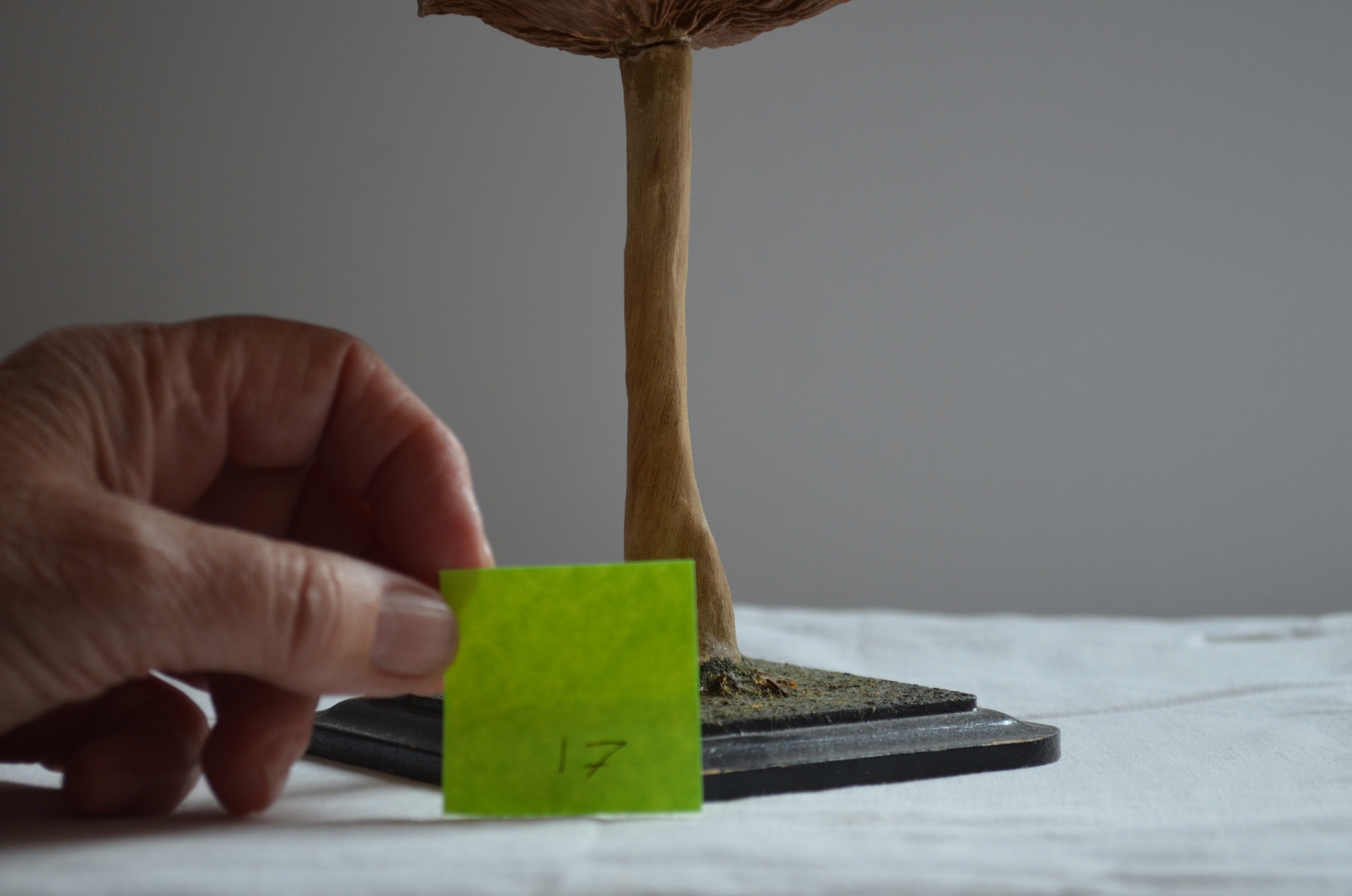