From the MST Collections: The Mushroom Models: Sidewalk Mushroom

Cap is first egg shaped, then broader, smooth or finely ribbed, whiteish - ashgray, with solid flesh up to 5cm wide. Gills: pointed in the front, rounded in the back ashgray, later brown, Stem: short thicker near the ground, plain with a simple ring around it which later falls off, around 4cm high. Delicious taste. In meadows and hardwood. 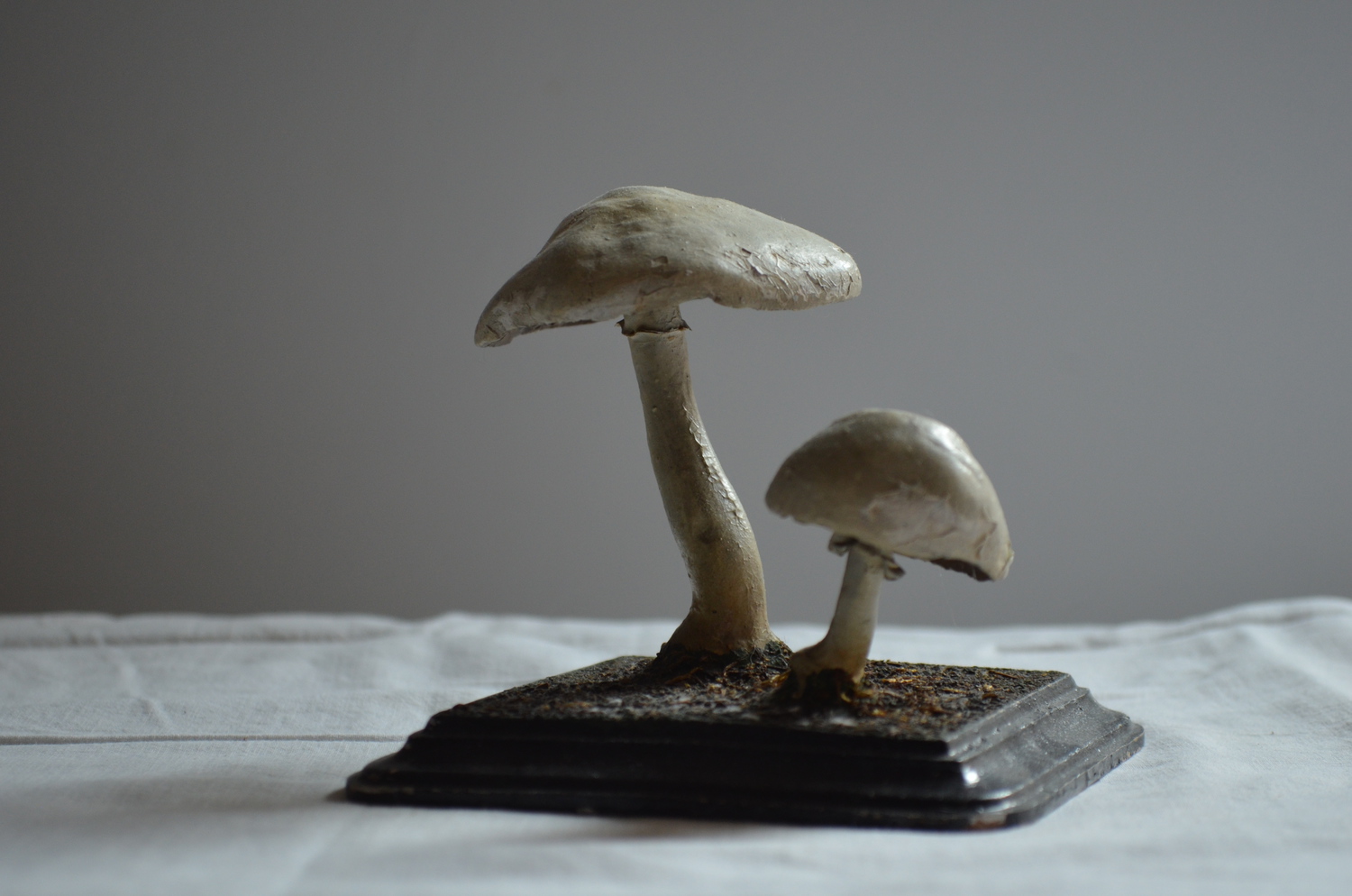 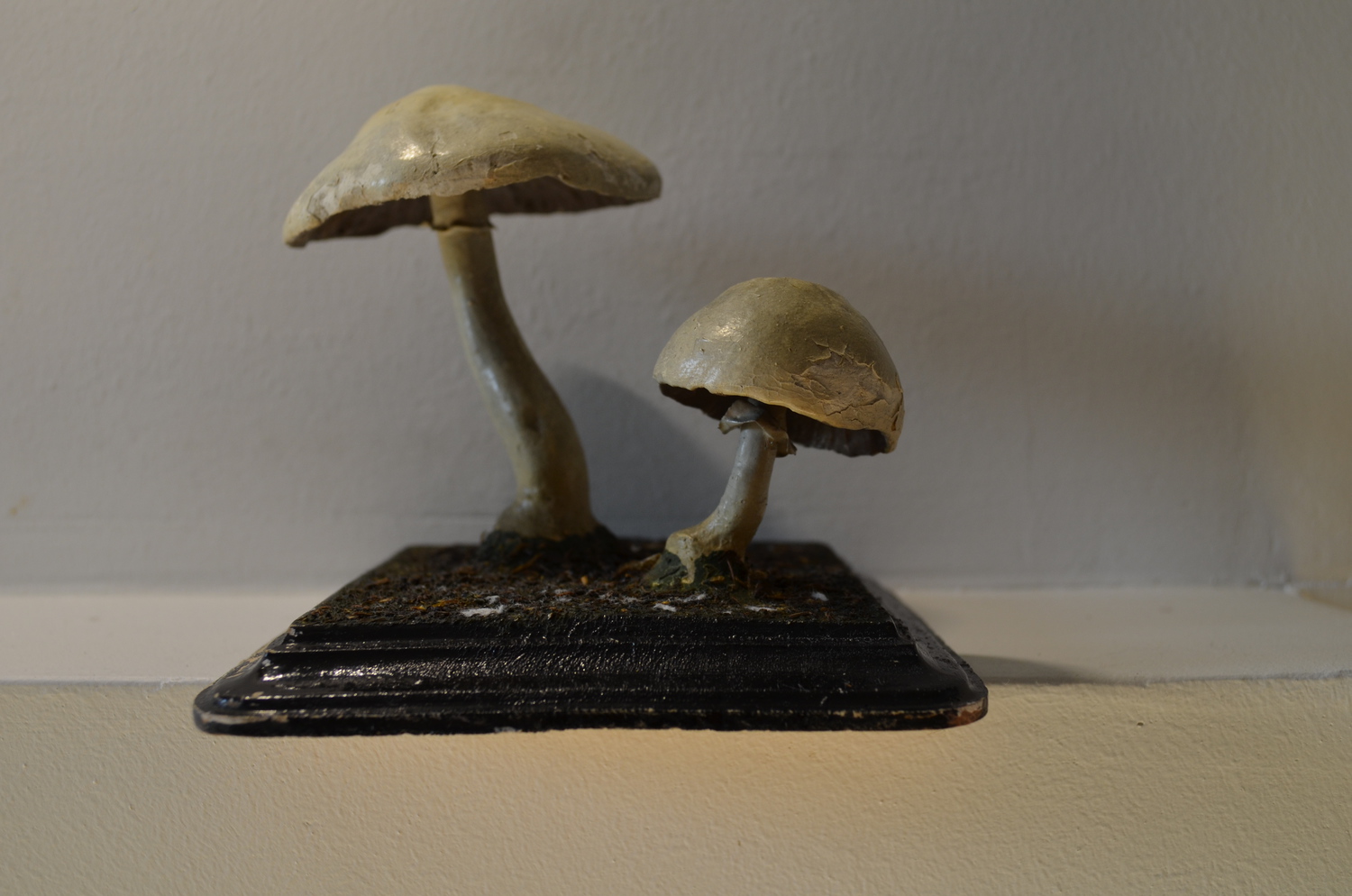