From the MST Collections: The Mushroom Models: Lactarius subdulcis

Cap feels like chammy cloth, dry cinnamon brown, light yellow brown rarely dark brown, 1-5 cm widen thin, in the beginning somewhat convex later with a dip in the middle. Gills: pale reddish - white. Milk: white, mild. Stem: coloured the same as the cap, but a bit paler. 1-3 cm high, thin, sometimes thickening in the middle. In the young stages covered with a layer that looks like hoar frost, later reddish and then hollow. Plentiful in the fall in woods. 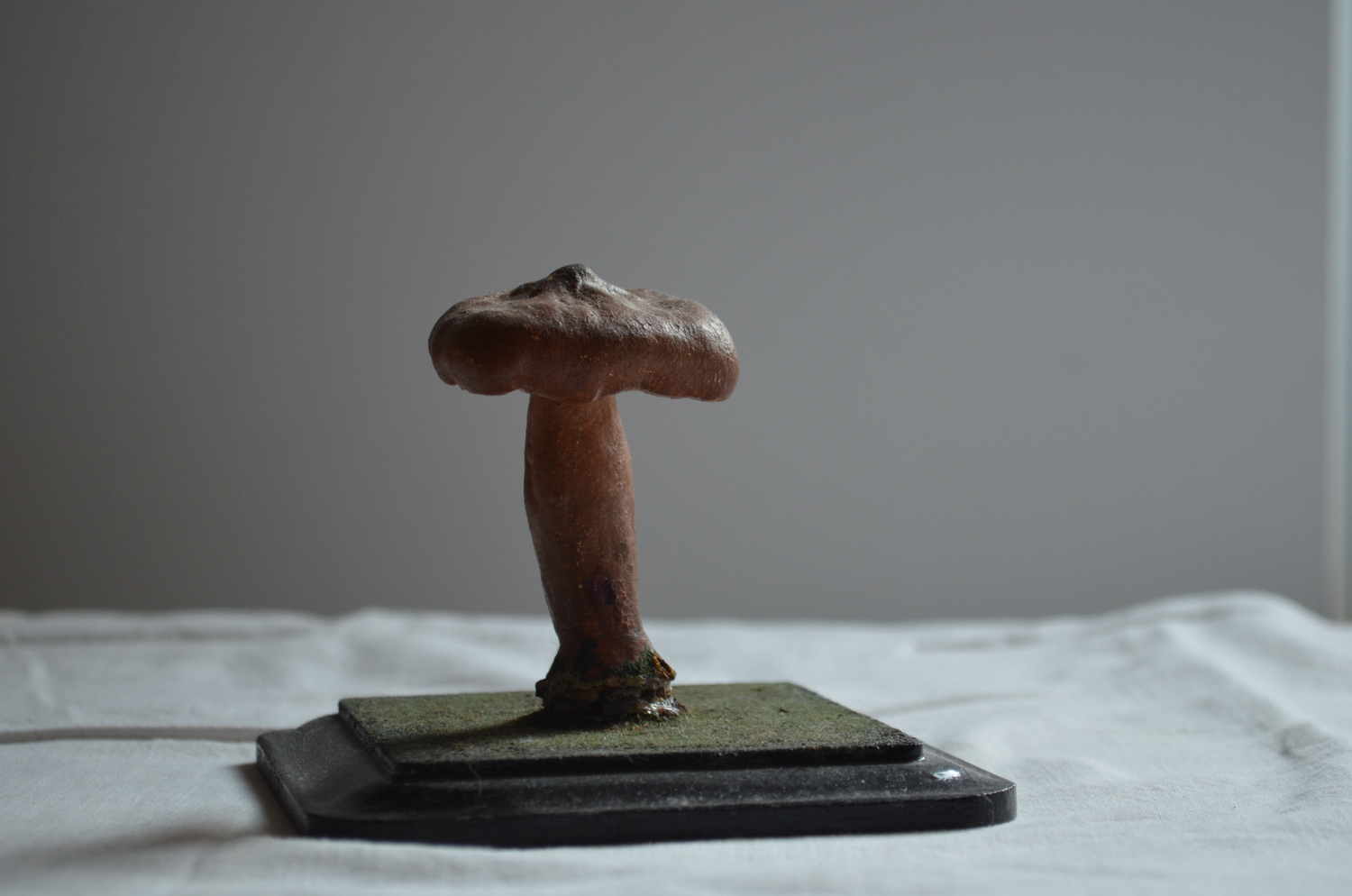 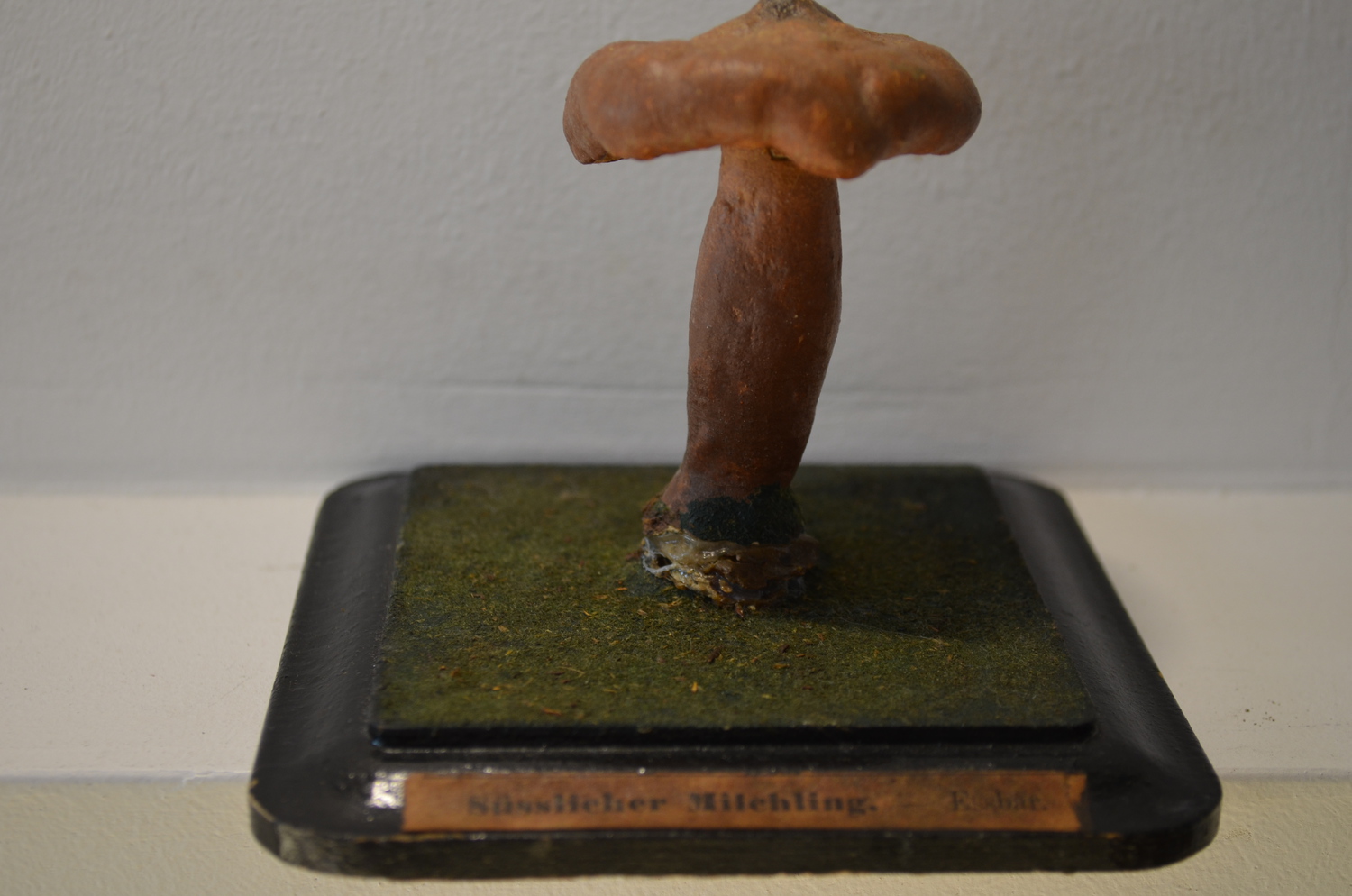